COPPER and LITHIUM are crucial to much of the modern world and, in particular, industries and technologies related to sustainable energy.

These same properties are also highly prized and integral to the harvesting, storage, and distribution of energy from renewable sources such as solar and wind. 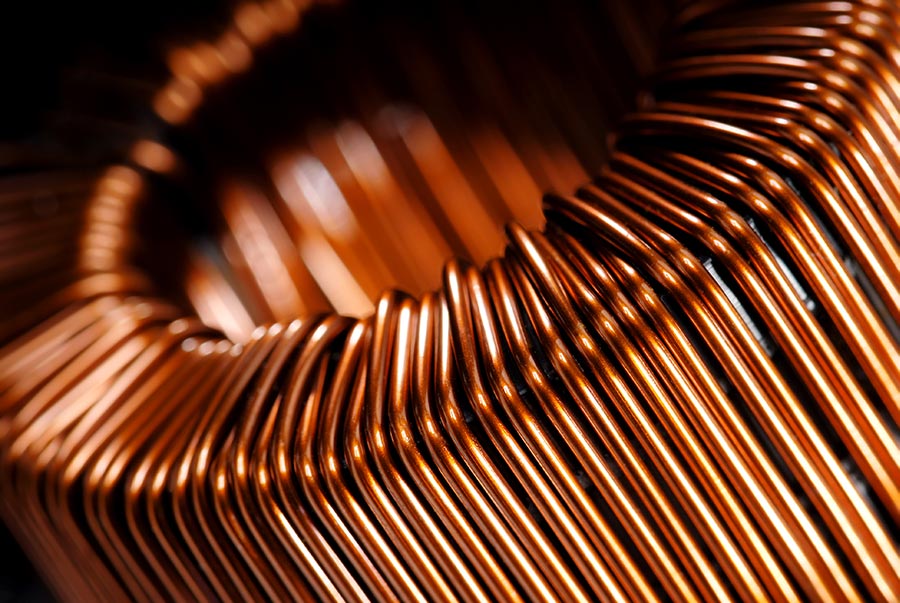 In the next ten years, the world may have to face the prospect of a huge shortfall of copper, arguably the most critical metal for today’s economies.

Copper is used in all areas of modern life from pipework and wiring in the home to batteries and motors used in both vehicles and energy harvesting and storage systems. As a result, copper is a key ingredient in the drive towards renewable power and fully electric vehicles. Unless the supply deficit is addressed, prices will keep rising as scarcity increases and this will present a huge challenge to world leaders who have pledged to fight climate change through the transition to renewable energy.

Copper usage will increase substantially as the EV market grows as EVs typically use more than double the amount of copper of a similar internal combustion engine vehicle. This is compounded by the fact that copper is also required and heavily used in providing the charging infrastructure for these same EVs.

This is something that has to be addressed as governments all around the world have been pushing ever more aggressively to move the transportation sector to alternative energy power in order to lower carbon output.

While many people first think of lithium, cobalt and nickel when it comes to EVs, due to their role in battery technology, the role played by copper should not be overlooked or underestimated. As stated above, copper is not only used within the vehicles themselves, but also throughout the national infrastructure projects that are underway in order to make widespread EV adoption a practical reality. 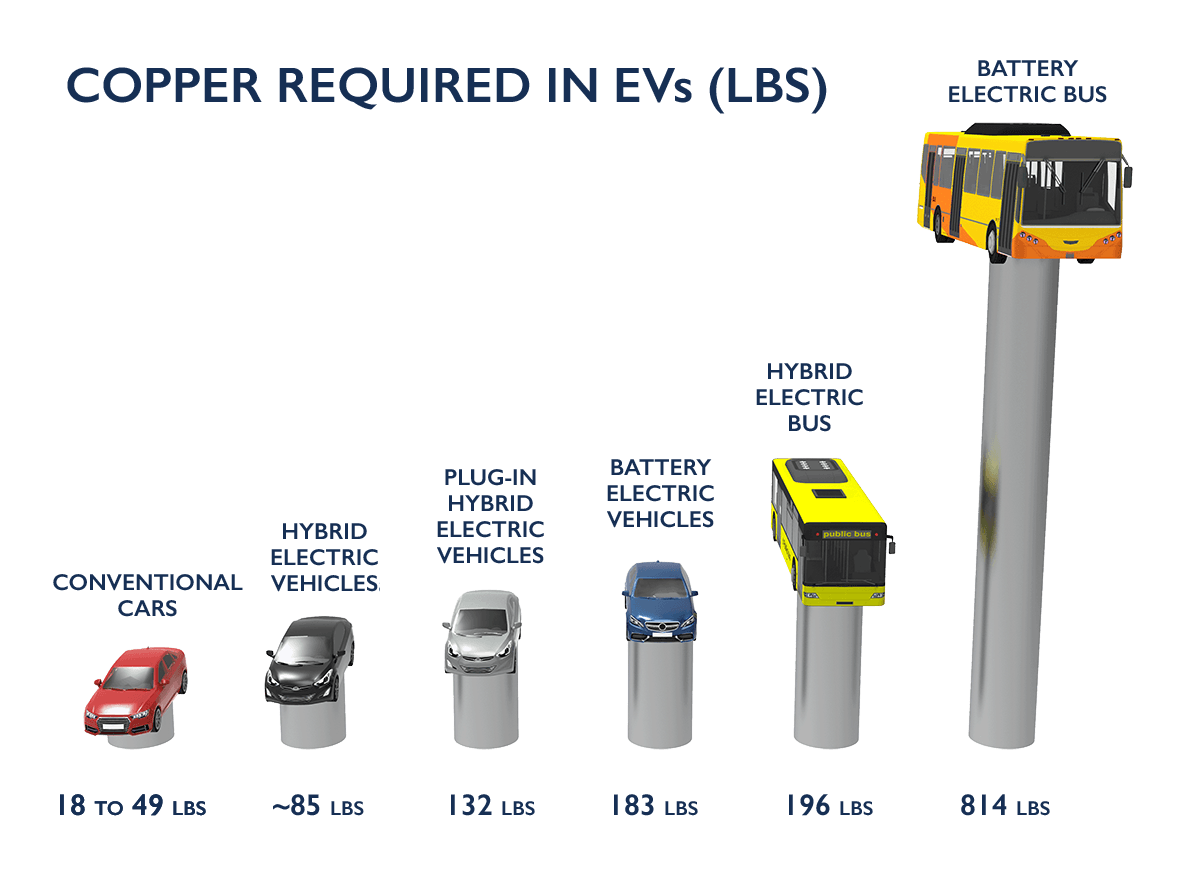 As more vehicles move to purely electric power, there will be a corresponding and increasing need for copper to facilitate this paradigm shift.

WITHIN A DECADE, MOST URBAN TRANSPORT WILL BE ELECTRIC

There is anywhere between four and ten times as much copper in an EV than an equivalent internal combustion engine vehicle. If projections for annual production of 30 million EVs by 2030 are correct, this will mean a requirement of an additional two tonnes of copper every year will be required to meet this production demand. It’s worth remembering that this doesn’t even take into account the additional copper required for EV infrastructure which, it is estimated, further increases overall demand by between 12% and 15%.

Therefore, it is apparent that demand for copper will soar:

5x
more copper on average in an EV compared to an internal combustion engine vehicle. 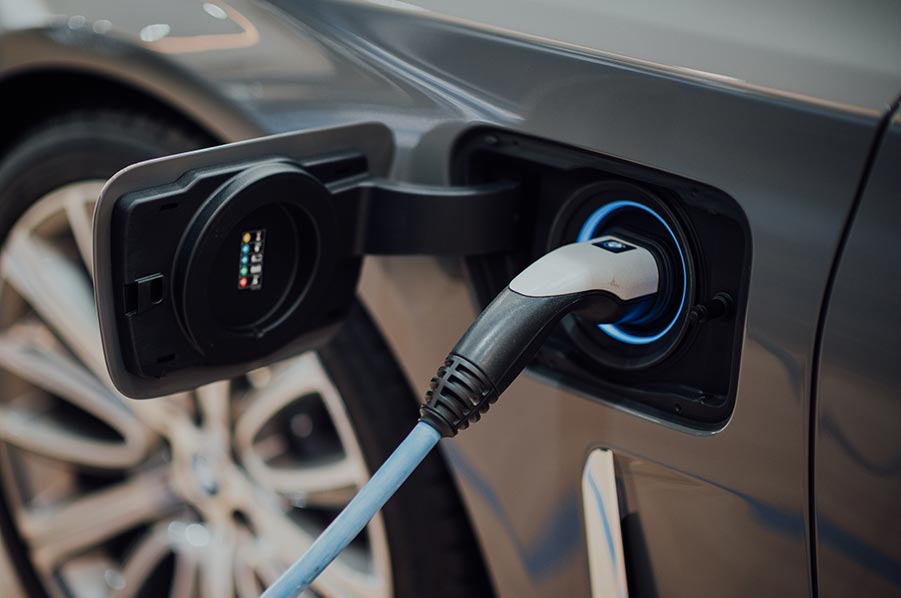 As a result of this substantial increase in demand, as well as rising production costs and a noticeable deterioration in are grade, copper prices are likely to rise. Typically these circumstances would result in a more pressing search for alternatives but there is no real direct substitute for copper. Some research has been undertaking into swapping aluminium for copper in certain applications, but this has been very limited.

While copper is used in batteries and there will be some increased demand there, the result of the wider changes in the transport and mobility sectors is estimated to be a doubling (or more) of demand for copper over the next ten years.

As we have already seen, EVs themselves require four (or more) times more copper than internal combustion engine vehicles and this will drive substantial growth in the sector in the future. However, in the short term, a new study suggests that increased levels of demand are more likely to come from charging stations and the related infrastructure being put in place to allow the planned EV future. A study by Wood Mackenzie suggests that there will be more than 20 million EV charging points by the end of the decade, leading to an increase in demand of over 250% compared to 2019. It should be noted, though, that the forecast is based on the assumption that more public and private invest is put into the sector. The research also notes that the infrastructure required can be quite complex and that the wealth of projects both underway and planned will require partnerships between public and private sector stakeholders in order to be able to actually deploy the planned infrastructure. 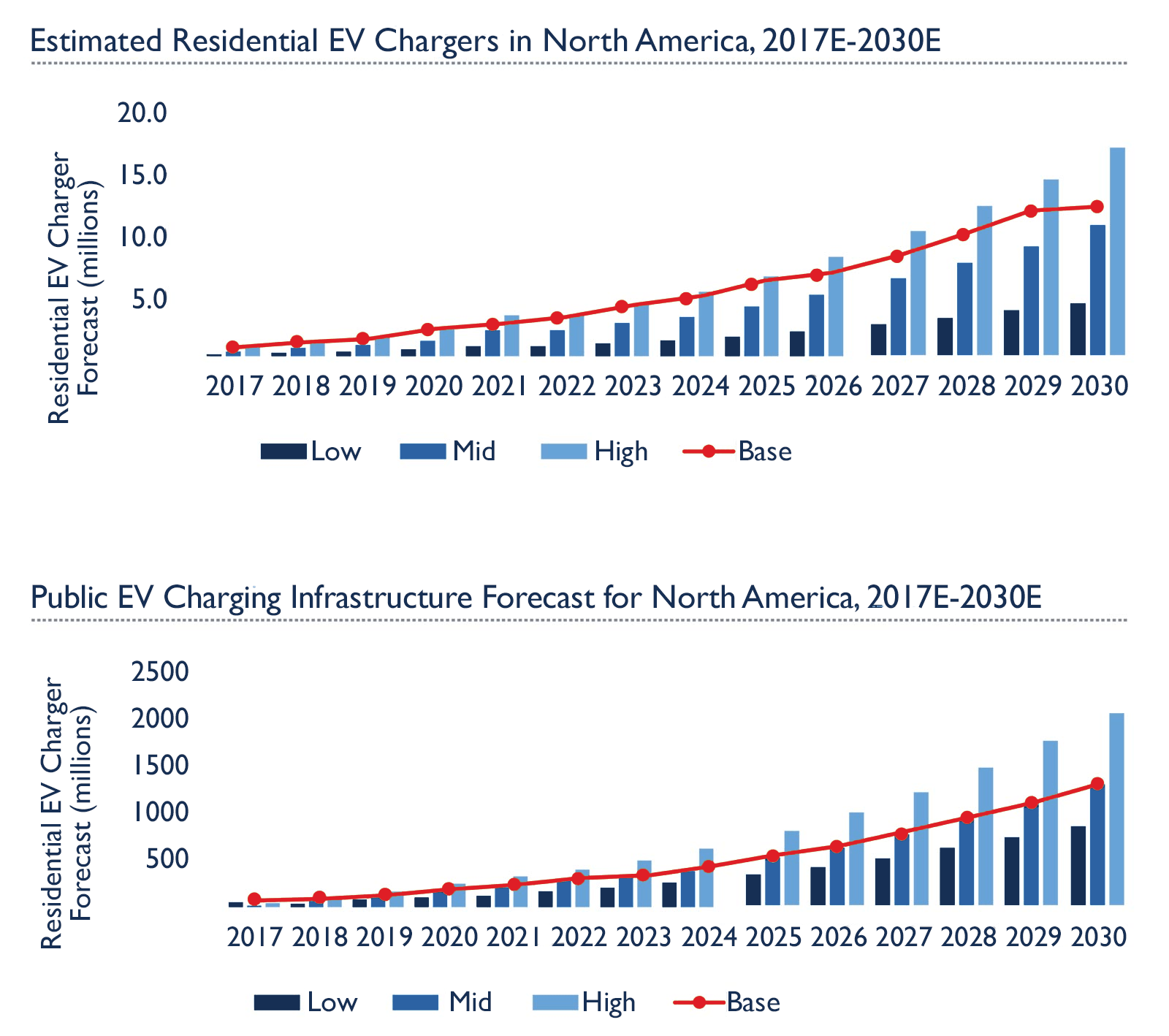 As well as electric utility providers, there will be a need for collaboration between hardware manufacturers, software and network providers, governments and non-governmental organizations (NGOs). And this creates a huge market. In North America along, the EV infrastructure market (separate from the vehicles themselves) will grow to $2.7 billion by the end of 2021 and $18.6 billion by 2030, according to the report. “By 2040, we predict that passenger EVs will consume more than 3.7 million tonnes of copper every year. In comparison, passenger internal combustion engine (ICE) vehicles will need just over 1Mt,” says Henry Salisbury, WoodMac research analyst. “If we look at cumulative demand, between now and 2040 passenger EVs will consume 35.4Mt of copper – around 5 Mt more than is required to meet current passenger ICE demand.”
(Source: https://www.mining.com/ev-sector-will-need-250-more-copper-by-2030-just-for-charging-stations/)

It is clear that copper plays a crucial role, industry-wide, in sustainable electric energy. It is fundamental to motor and transformer technology and plays critical roles in batteries as well as increasing the efficiency and reliability of other renewable energy sources such as solar and wind. It also has the huge benefit of being able to be recycled effectively and easily while still maintaining all of the electrochemical properties which make it so important.
(Source: “Copper: Essential to Sustainable Energy”, published by the Copper Development Association Inc.) 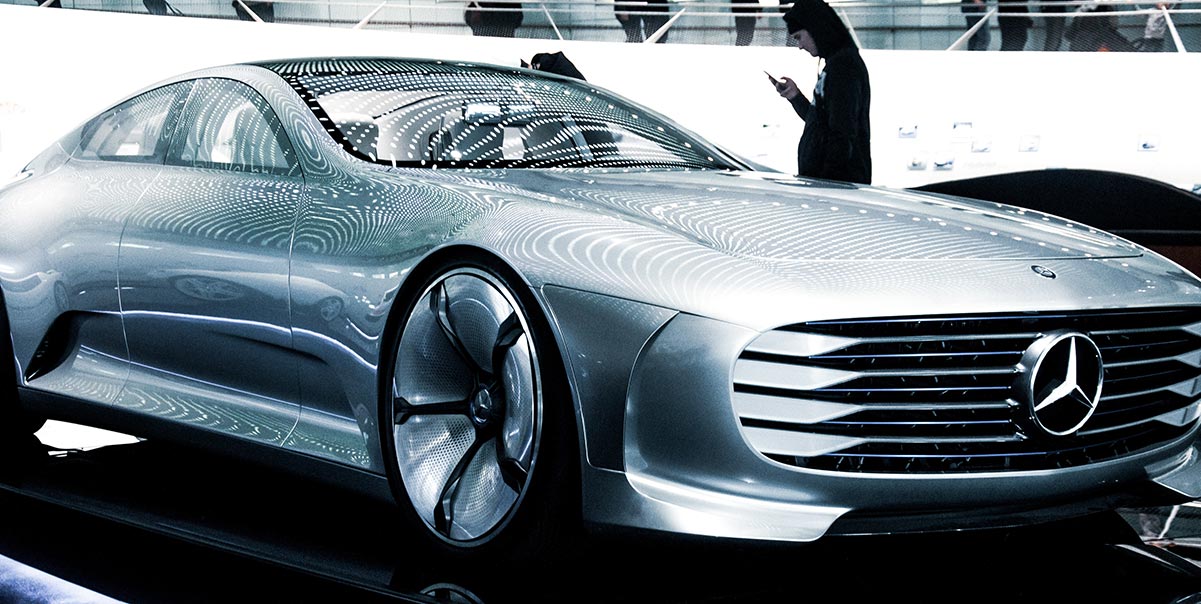 Copper is used extensively throughout the EV landscape, in the vehicles themselves and in the charging stations and additional infrastructure. It is the metal of choice owing to its durability and electrical conductivity and efficiency. A traditional, internal combustion powered vehicle will use between 18 and 49 pounds of copper. In contrast, hybrid electric vehicles use around 85 pounds, plug-in hybrids use around 132 pounds and pure electric vehicles use 180 pounds or more. Beyond this, hybrid electric buses contain close to 200 pounds and pure electric buses contain over 800 pounds, a large part of which is used in the battery. 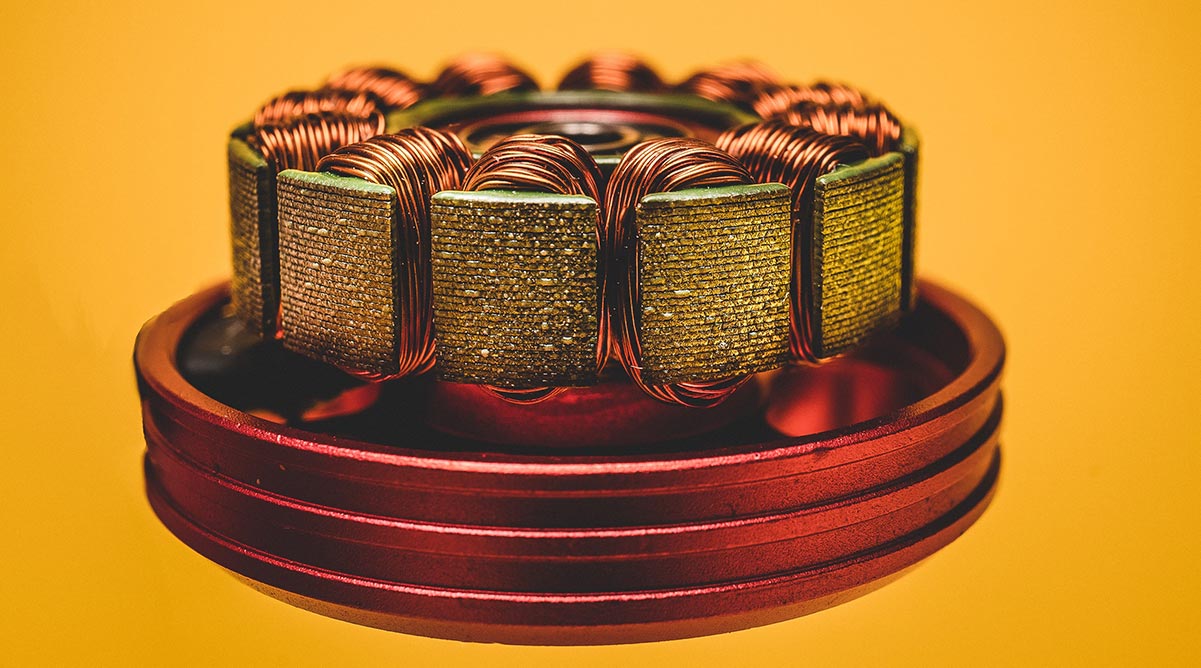 While EVs are an obvious use case for motors, they are actually found in every area of industry, powering pumps, compressors, fans and exhausts as well as in (increasingly used) robotics and assembly equipment. It is also worth remembering that, such is the ubiquity of motor usage, there are so many motors in use, many of which have older designs. As a result, and thanks to advances in motor technology, there can be substantial cost savings achieved by replacing older motors with newer, more advanced and more efficient motors. This will also not only improve efficiency (and therefore lower costs), but also offer improved reliability. Best of all, the copper in the older motors can be cheaply, effectively and easily recycled for use in new applications. 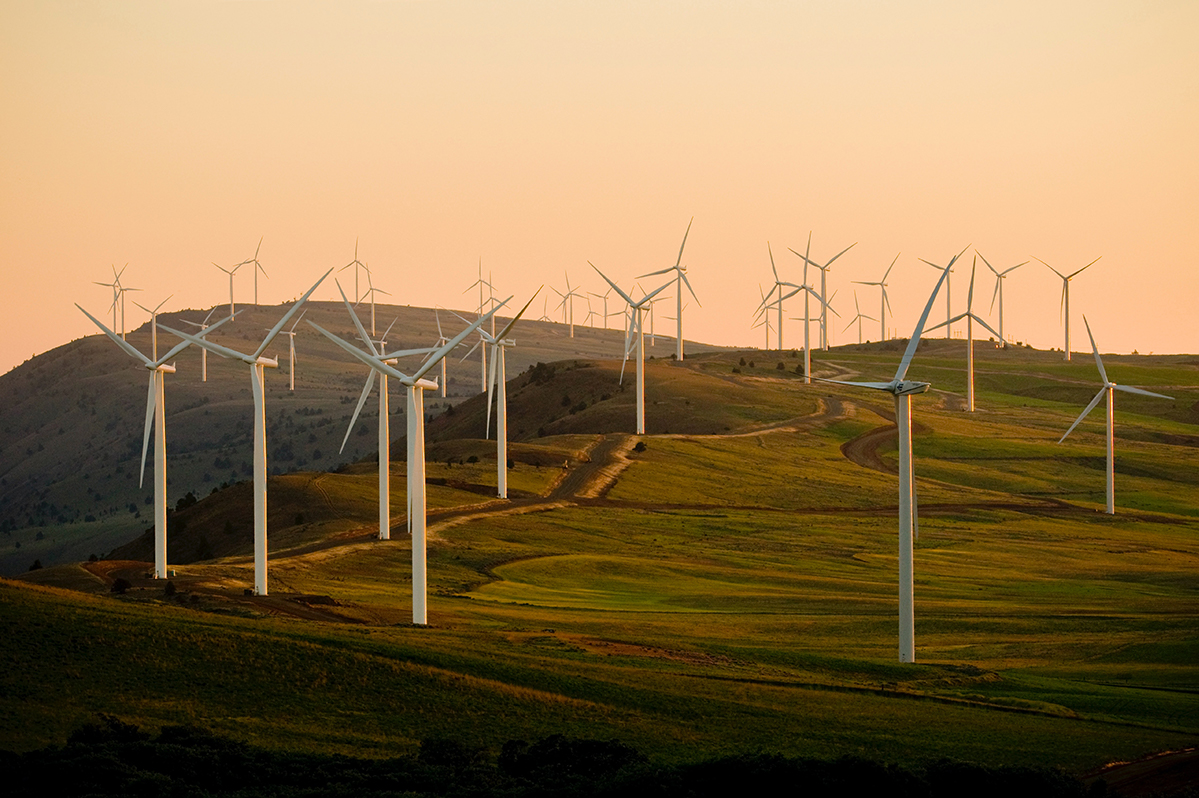 When thinking of target applications for copper, wind power may not immediately come to mind but, as the turbines are essentially large, wind driven generators, which operate like motors in reverse, there are equally large amounts of copper used in their manufacture.

WIND POWER BY THE NUMBERS

25 percent: compounded annual growth rate of the onshore wind energy program in the U.S. It has surpassed $60 billion in size. 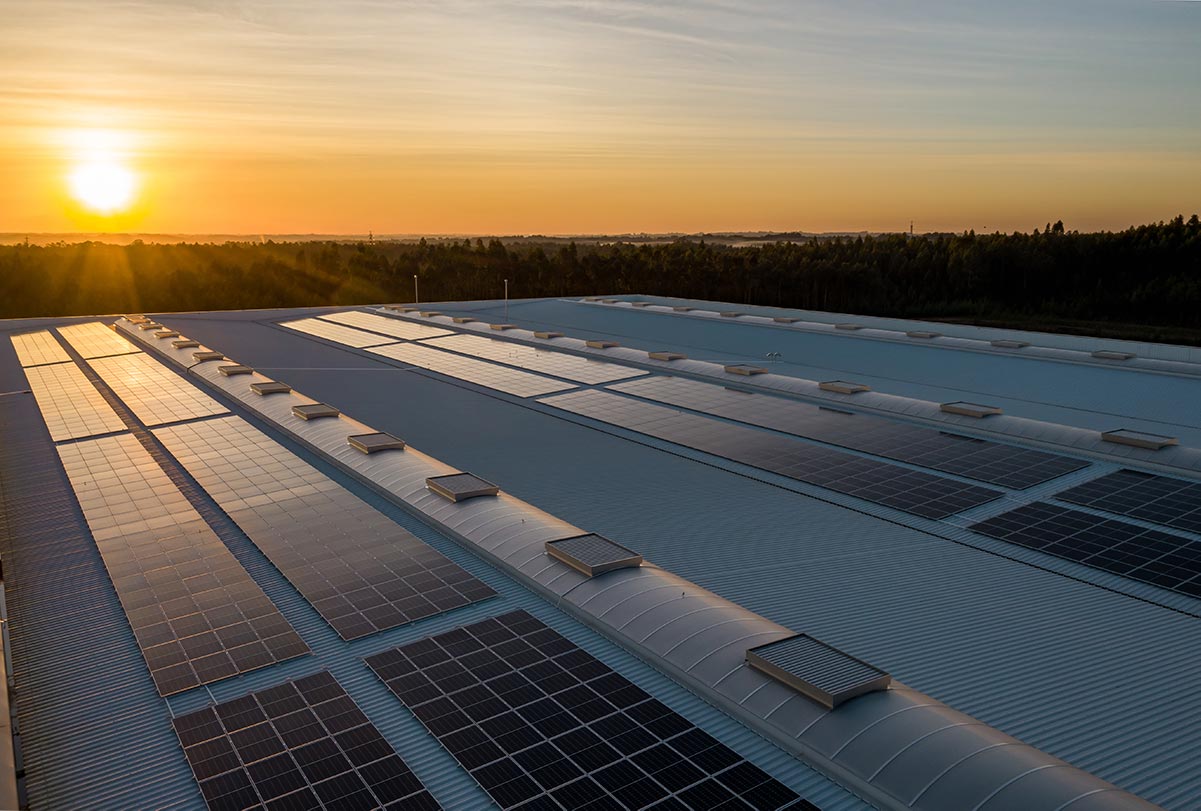 While not using quite the same levels of copper, solar energy does use copper quite extensively. It is used in the photovoltaic cells themselves as well as the cabling and transformers/inverters required to harvest and distribute the energy harvested from the cells.

SOLAR PHOTOVOLTAIC BY THE NUMBERS 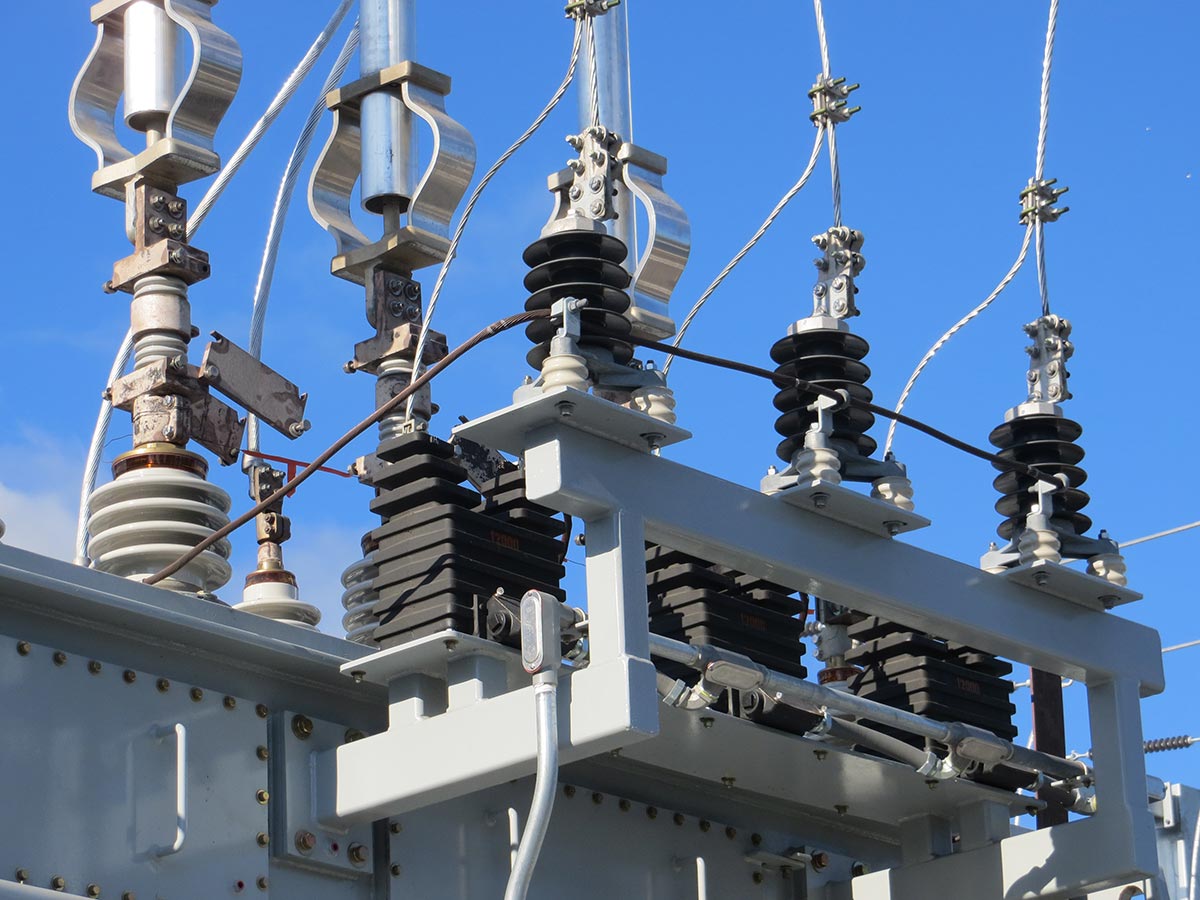 On every continent, solar and wind energy harvesting projects are underway to create a seismic shift in how we generate energy and to keep up with the rapidly rising demand for clean and renewable energy to combat climate change. Both of these energy sources are free and the harvesting process itself is emission free, meeting the targets at this end of the supply chain. However, in order for this renewable energy to reach the end user, there is a need for an efficient distribution grid, one which uses high-capacity transformers and cabling. Whether it is above ground or below ground (or even underwater in some cases), copper plays a crucial role in minimising losses, keeping efficiency high, and maximising the potential of these new, clean, renewable energy resources.
VIEW LITHIUM MARKET INFORMATION