The Pontax Property consists of 146 claims covering four blocks, totalling approximately 7,773 hectares in the James Bay Region of Quebec. The Property encompasses the southwestern portions of an approximately 100 km long belt of metavolcanics (the “Pontax Greenstone Belt”), which may be considered part of the Eastmain River Greenstone Belt. The Eastmain Belt is host to numerous gold occurrences, while the region is centrally located to a number of high-profile lithium deposits (Galaxy Resources James Bay Deposit, Nemaska’s Whabouchi Deposit, and Critical Element’s Rose Deposit).

The Pontax Property, one of the largest land positions in the area, also lies between 5 and 30 kilometres southwest of, and on trend, from Stria Lithium’s Pontax Lithium Showing (spodumene-bearing pegmatite), which was discovered in 2007. Stria Lithium subsequently advanced the discovery with seven drill holes, returning a best intercept of 0.97% Li2O over 21.0 m, including 1.43% Li2O over 13.0 m, from drill hole 09-555-05.

The Pontax Property is situated proximal to the regional Pontax Shear Zone along the boundary of the Nemiscau (Opinaca) and La Grande subprovinces in the area. This area has seen only limited exploration for gold. Recent field work by Midland Exploration on its Minas Tirith Property discovered a gold showing of 5.23 g/t Au, hosted within quartz veinlets in wacke, and is situated within ~1.5 km of the Property Block A’s southern border. The favourable geological setting, coupled with the recent success on adjacent properties, highlights the gold potential at Pontax.

Exploration completed by the Company in 2018 discovered new lithium pegmatite occurrences with an outcrop grab sample of 0.94% and 520 ppm Ta2O5. The outcrop has estimated dimensions of 40 x 100 m with satellite imagery indicating the potential for additional occurrences along strike. Additional samples along trend returned 0.72% Li2O and 631 ppm Ta2O5, respectively. 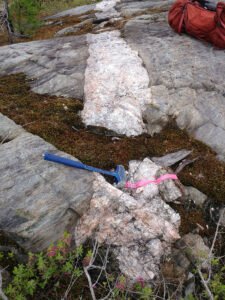 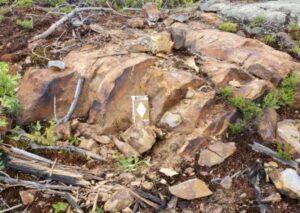 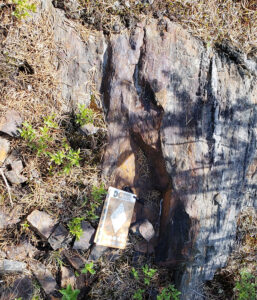 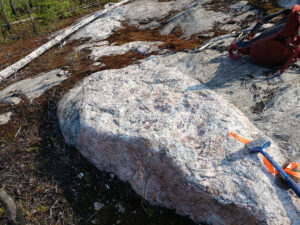